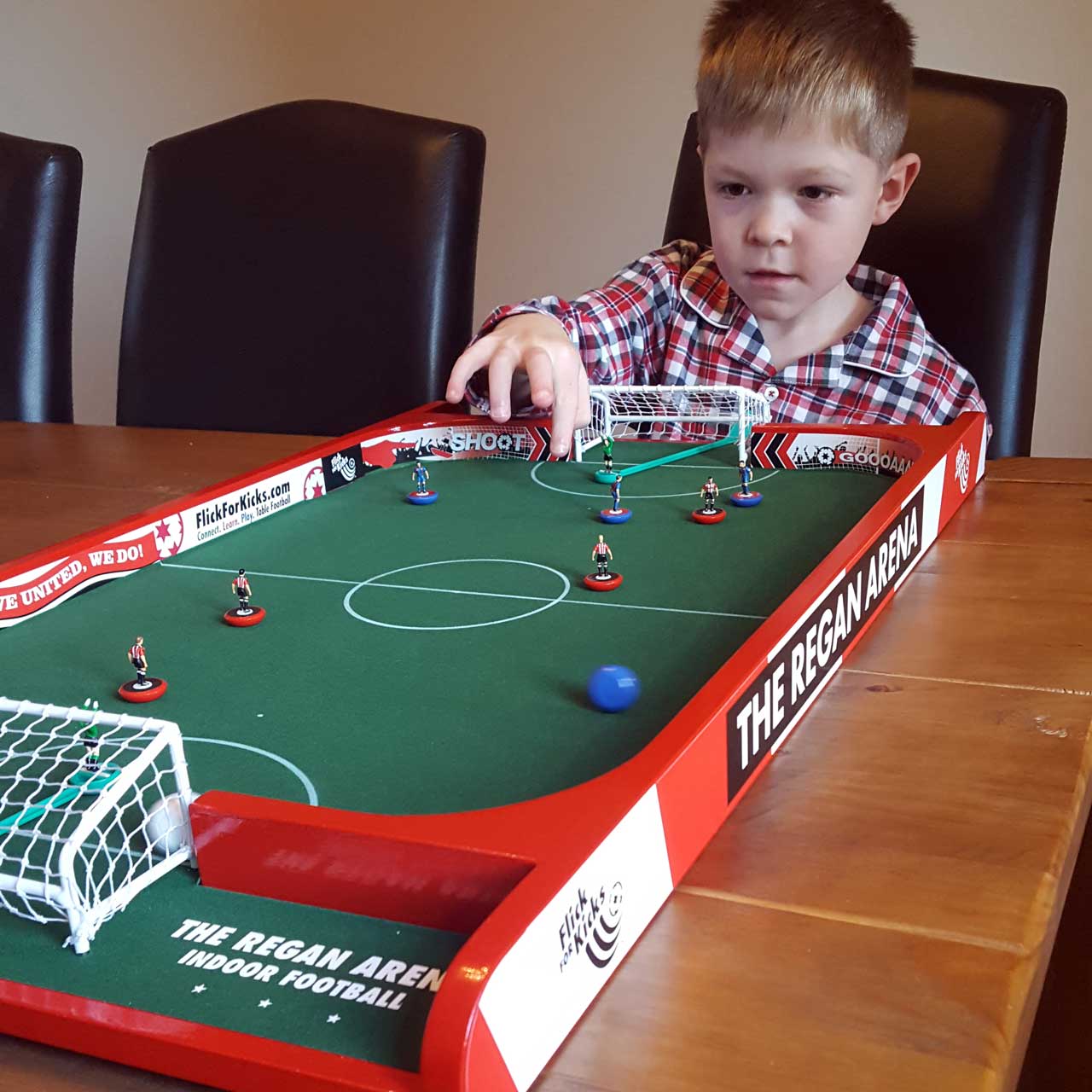 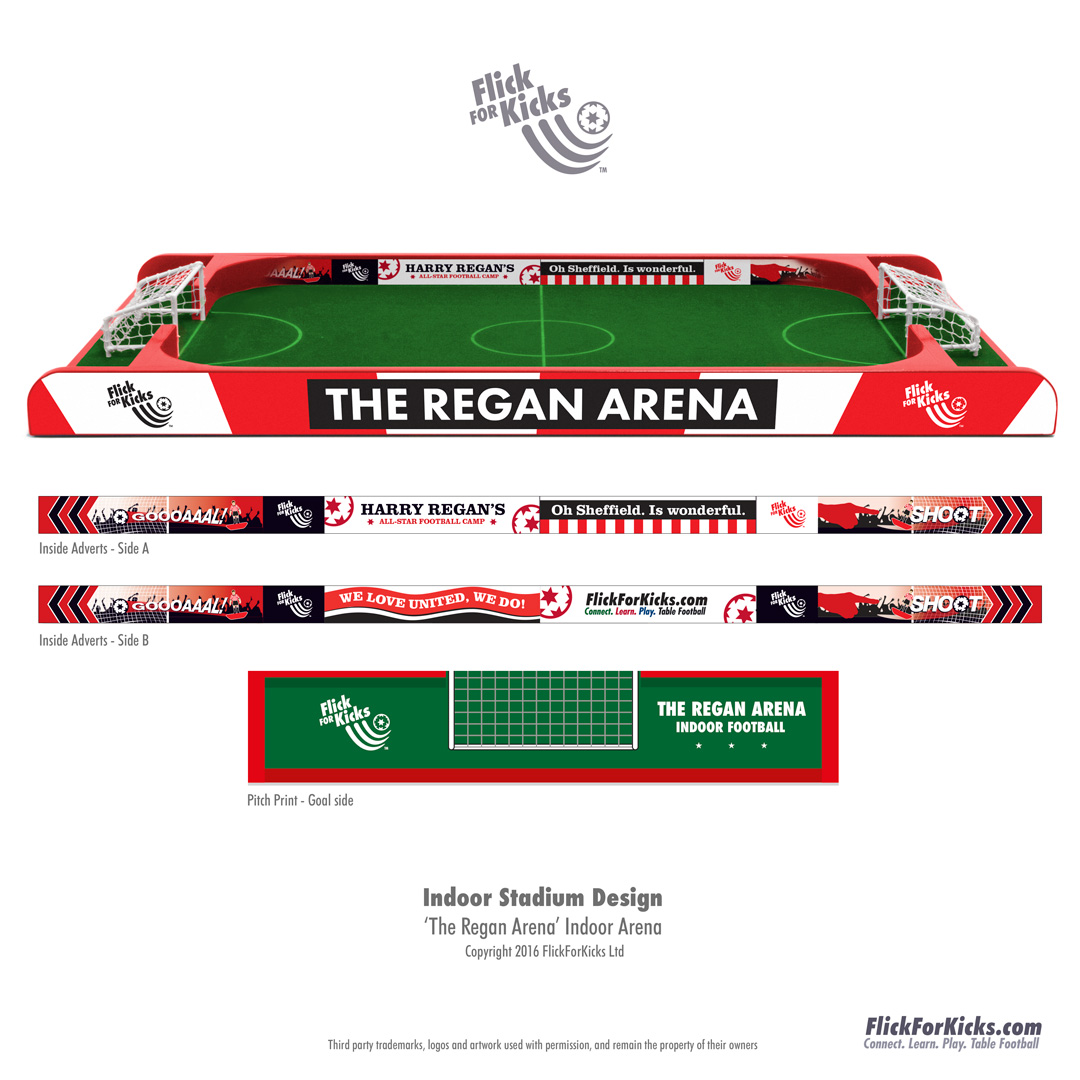 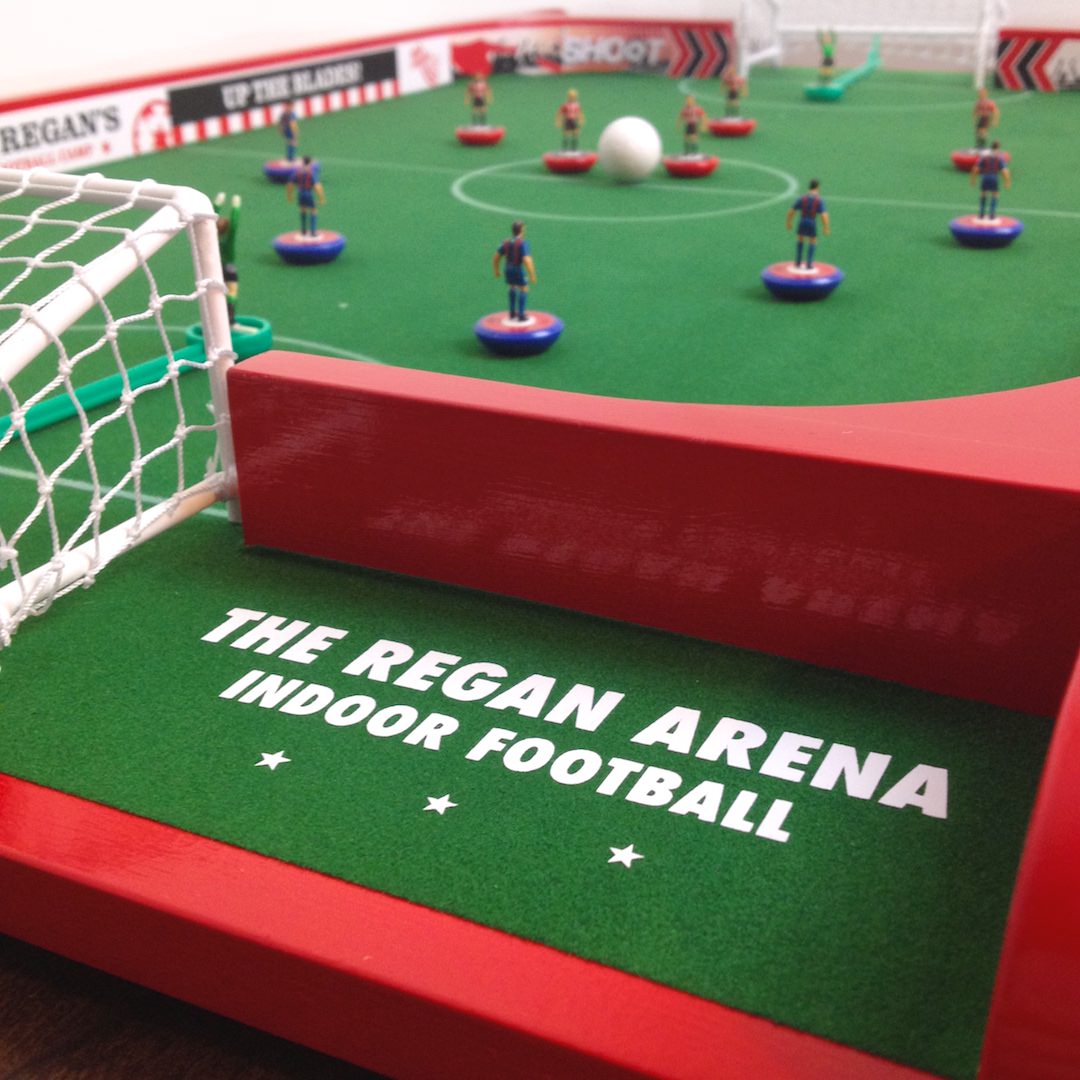 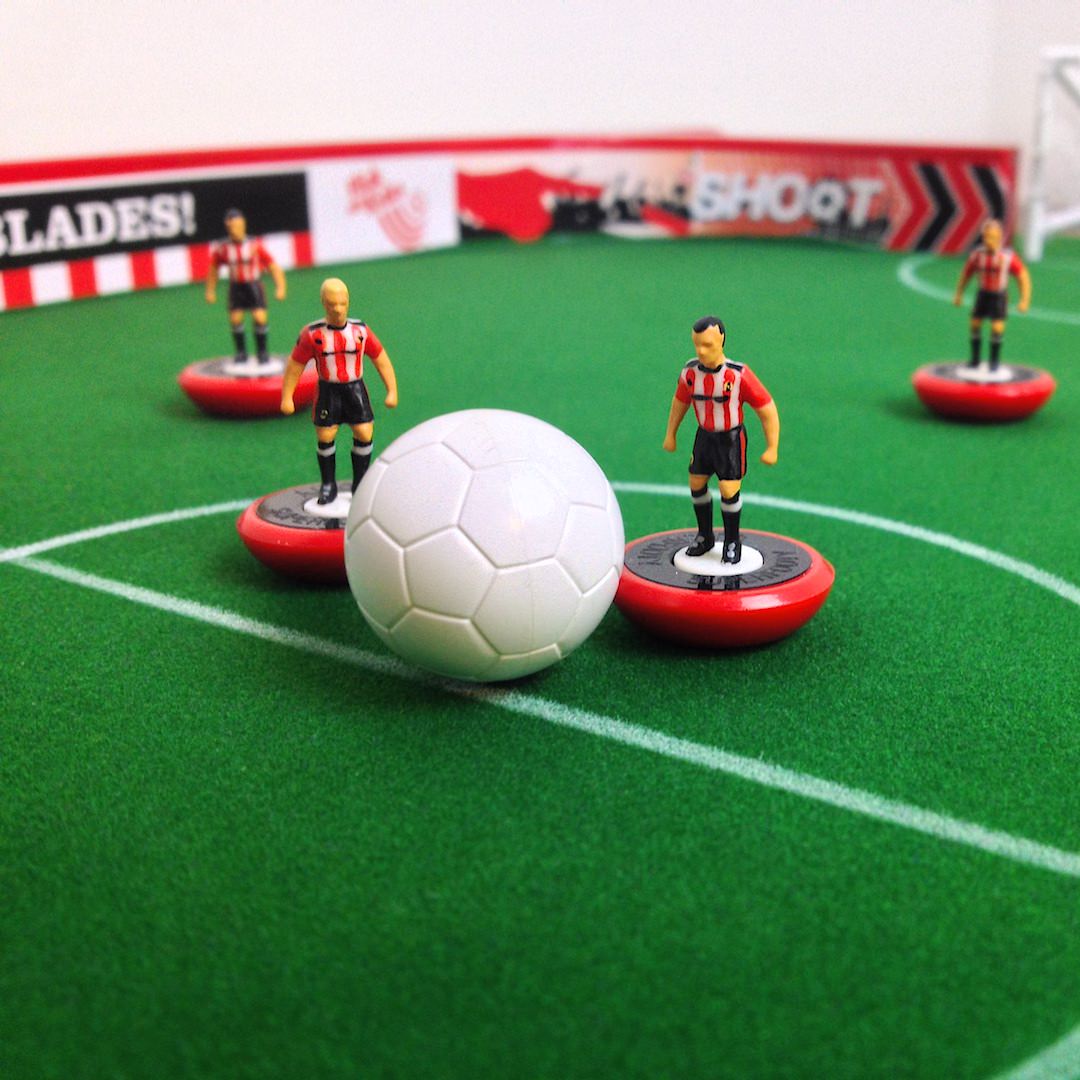 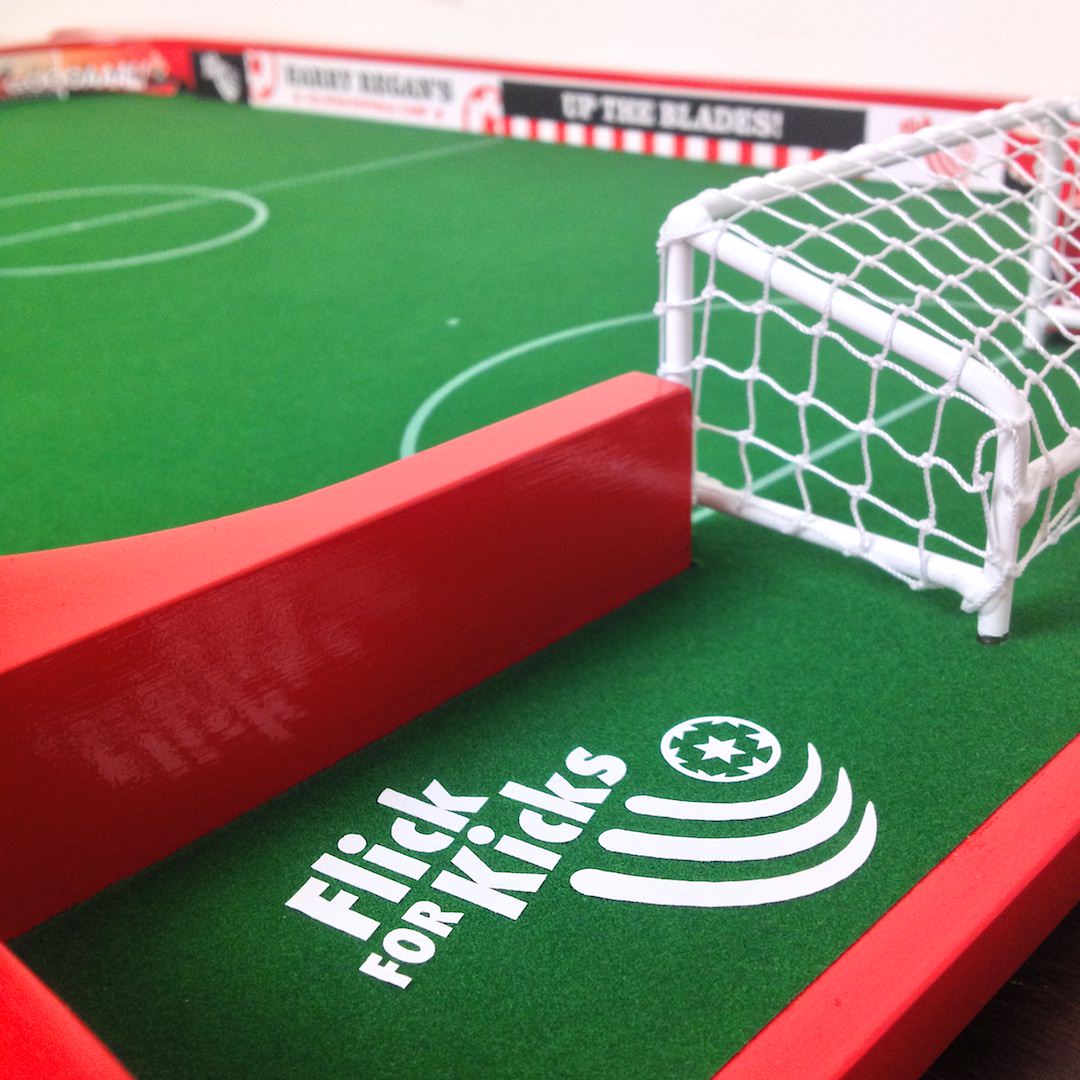 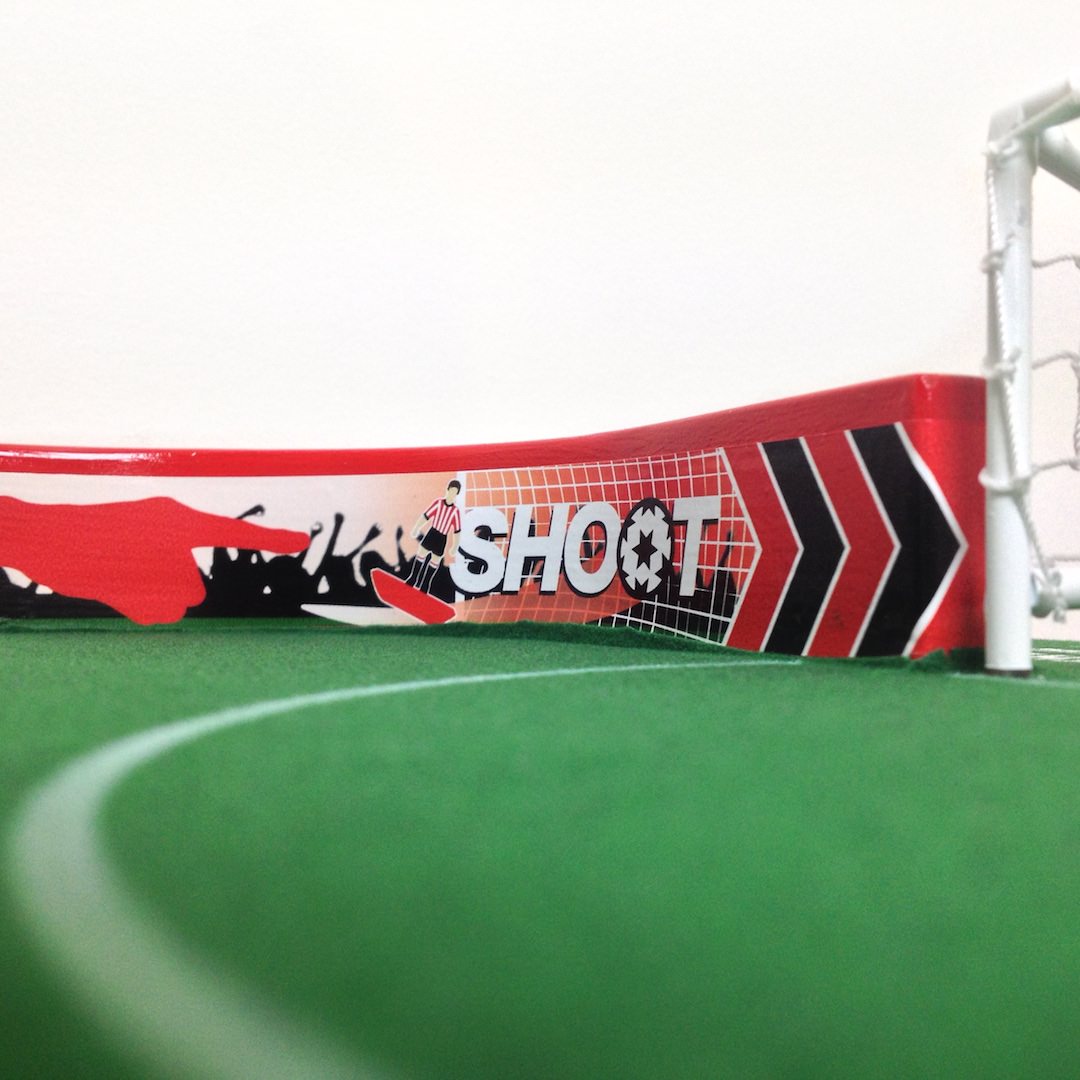 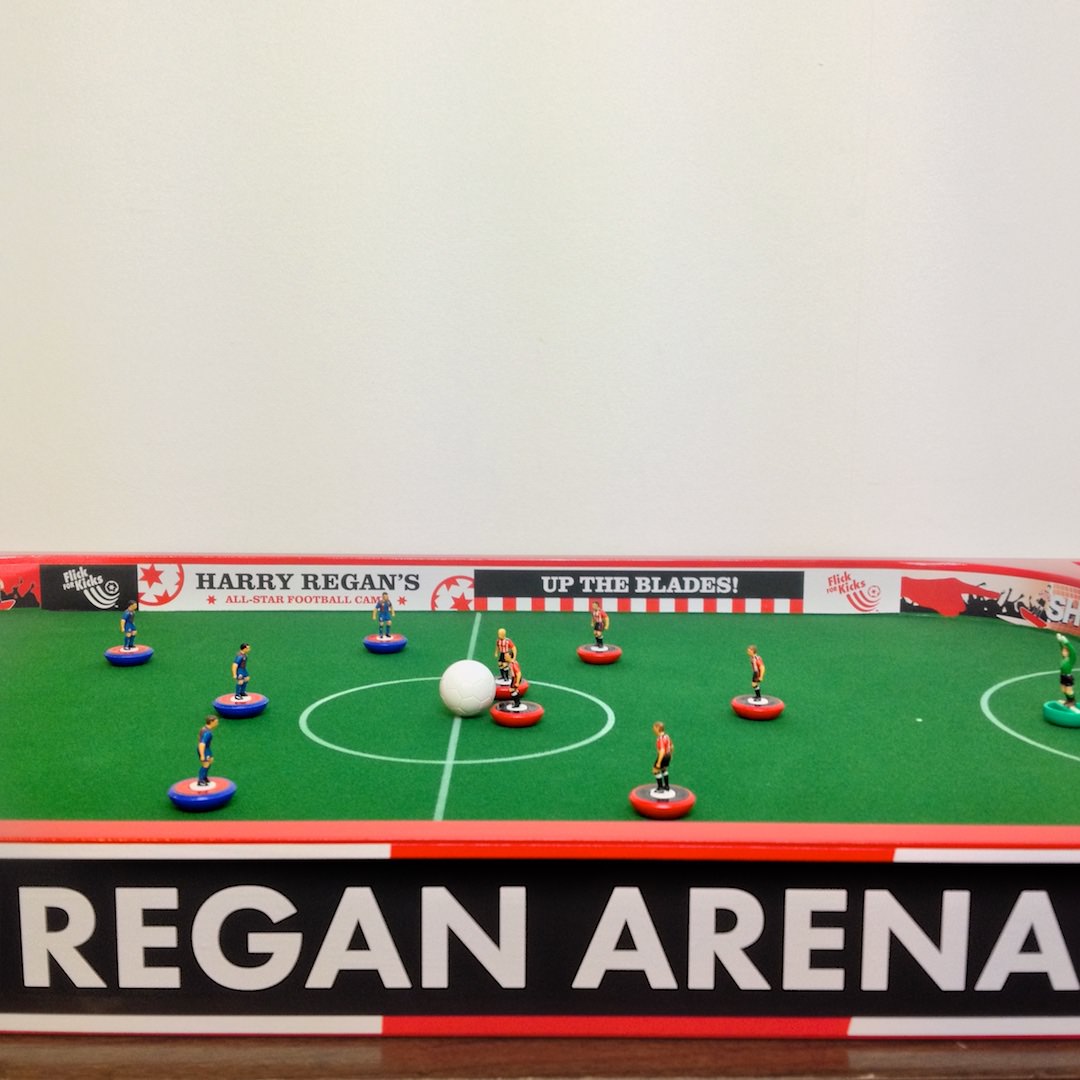 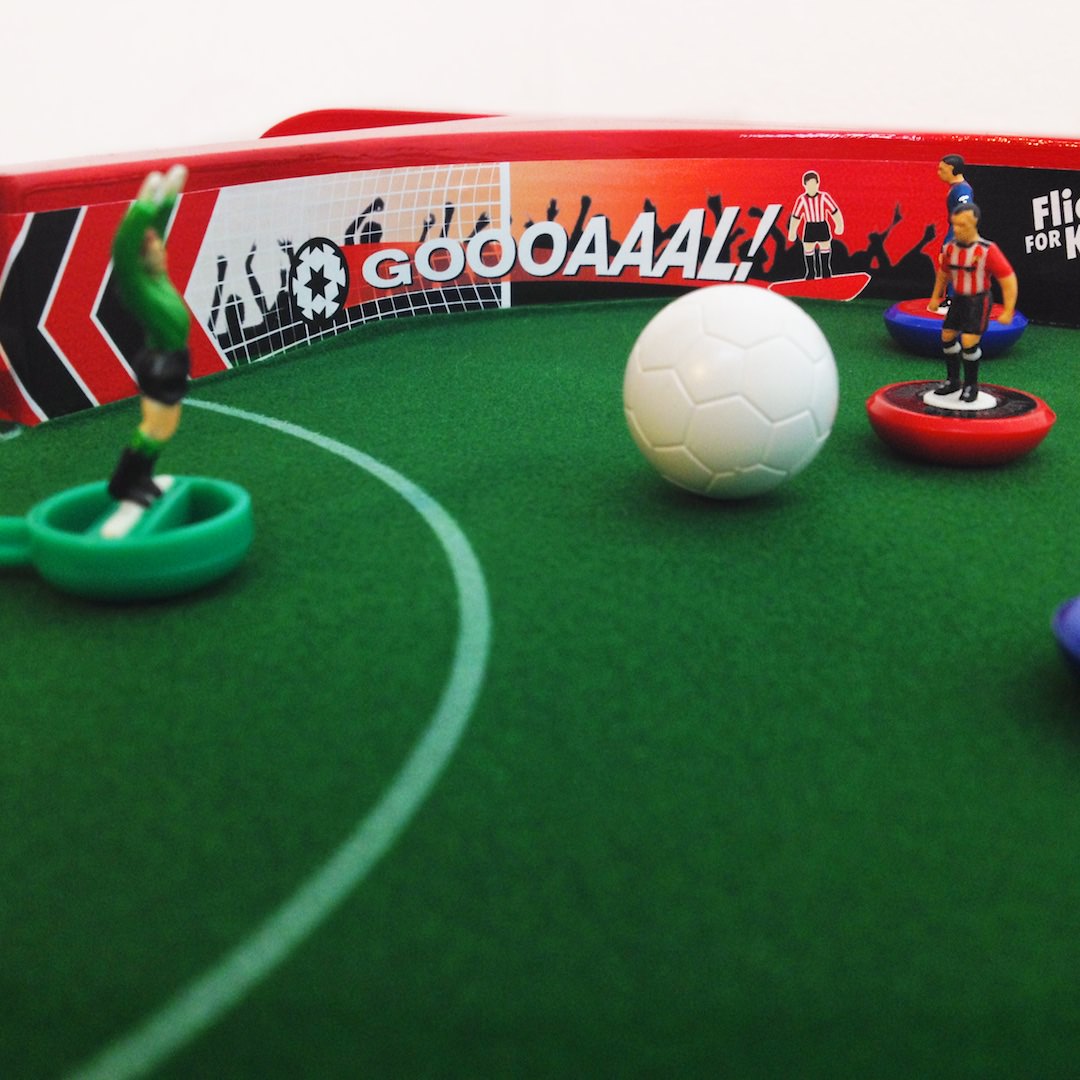 An extra special gift, for your family, for a friend, or a treat for yourself.

Get in touch and we can personalise the arena for you.

A custom Indoor Arena design for this young footy fan. Harry supports Sheffield United, and we’re told that’s entirely his own choice. No influence from Dad whatsoever. Nope. Not one bit.

He also likes a small team that you probably haven’t heard of. Barcelona…? Me neither.

So we made a custom Sheffield Utd themed table, with personalised graphics on the surrounds, including Harry’s name. We picked up the familiar red and white kit stripes on the outside of the arena. As a finishing touch, we printed the arena name on the pitch, beside the goals.

We just hope there’s no match-fixing by dad. 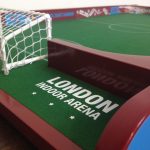 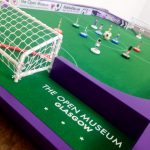